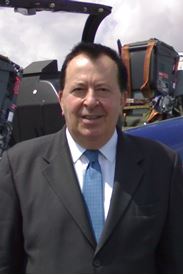 Giorgio Dominese, Ph.D., is founder of CEEUN-Central Eastern European University Network and President of Transition Studies Network. He was for almost ten years Chair of Economic and Policy of Transitions at LUISS University Rome, where he was Chair of Geopolitics at the Master of Science in International Relations. After lecturing at Ca’ Foscari Venice University, he was Professor of Global Economic, Financial and Policy Governance at Rome Tor Vergata University until 2012. He had been lecturing as well at Beijing University, at the Vietnam National University, visiting professor at Bahia Blanca University, Argentina and at the Astana ENU-Eurasian National University in Kazakhstan, lecturing as well at George Washington University USA. In 2009 he became full member of the European Academy of Sciences and Arts in Salzburg. He is Member of the Scientific Boards of WiFo (the Austrian Institute of Economic Research) and IDM (Institut für den Donauraum und Mitteleuropa) in Vienna, he was expert in follow ups of the Stability Pact for Southeast Europe and several other Italian and international research Institutions. Consul of Chile (Hon) in Venice, he had been appointed by Special Award and Paul Harris Fellowship by Rotary International for his international programs and activities.