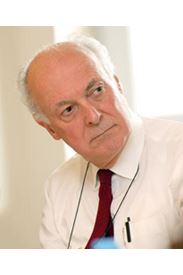 Jean-Pierre Paelinck, Ph.D., is a president of World Federation of Investors, he is also a former secretary general of Federation for European Stock Exchanges and of Euroshareholders. He received his Ph.D. from university of Ghent. He was a branch manager for Générale de Banque, International Westminster Bank and Banque Commerciale de Bruxelles. He is a professor of International business at the Università degli Studi di Bergamo, before that for 26 years professor of “international economics” at the Hautes Etudes Commerciales de Liège. He has been a financial consultant (specialized in capital markets) in Egyptian central bank, Turkmenistan, Lithuania, Bosnia Herzegovina, Slovakia, Czech Republic, Azerbaijan. He taught at University of Alabama, at University of Missouri (Columbia), at College of Military Administration in Brussels and Economic University of Katowice.