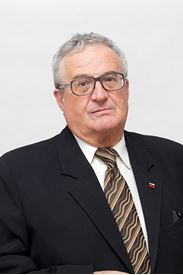 Peter Pavel KLASINC graduated in History and History of Art at the University of Ljubljana, Faculty of Arts.  From 1968 to 1976 he has been employed in the Historical Archives Ptuj, where he held the position of the director from 1972 to 1976. From 1976 to 2007 was employed in the Regional Archives Maribor, where he held the position of the director between 1982 and 1994. After 1994 he was the Head of the Department of Archives of Economy. In 1991 he obtained his doctorate (Ph.D.) at the University of Zagreb in the field of Information science in humanities. In 1997 he was awarded with the title Archival Councillor given by the Ministry of Culture, which is the highest professional title in Slovenia as well as with the title "Scientific Councillor". He has published about four hundred professional, scientific and archival contributions at home and abroad. Within the International Council on Archives, he was appointed as Consultant of the Round Table on Archives (CITRA/ICA), he was a regular member of the Section of Professional Archivists (SPA/ICA), observer of the ICA Committee on Buildings and Equipment and a member of the Committee on Buildings and Equipment in Temperate Climate (ICA/CBTE). He is the Head of the International Institute for Archival Science at the University of Maribor and Director of the International Institute for Archival Science of Trieste and Maribor. He is a President of the Archival Association Maribor and Vice-president of the Society of the society Heraldica Slovenica.