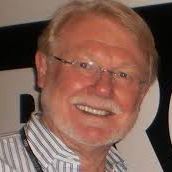 Richard Linning, Ph.D., is an internationally recognized communication practitioner. He is a past President of both the European Public Relations Association (Confederation Europennee des Relations Publique - CERP) and of the  International Public Relations Association (IPRA). He is a Fellow of the UK Chartered Institute of Public Relation and an Honorary Member of the Russian Public Relations Association. Richard is firmly committed to the ethical practice on which the science behind the art of communication is based. He brings to this course a wealth of knowledge and practical experience earned during a career in which he has worked on every continent. In particular he has assisted organizations to reconcile business and legislation priorities in the European Union for a quarter of a century. In 2012/13 Richard was a Scholar in Residence at the Centre for Global Public Relations, University of North Carolina at Charlotte NC. In 2011 he was made an Honorary Fellow of the Senate of the University of Bucharest in recognition of his promotion of the free flow of information as key to the development of democratic societies.