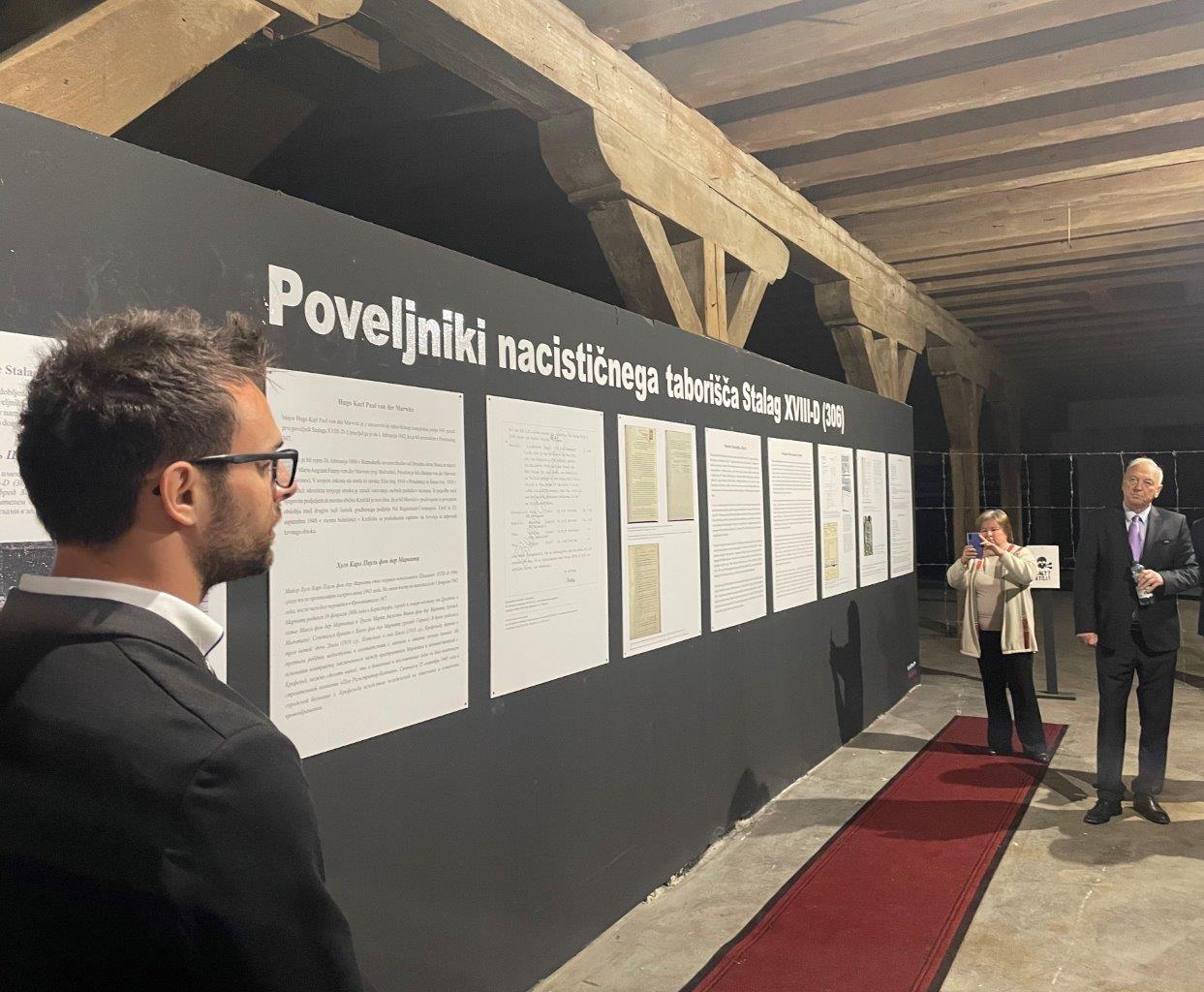 On May 6, 2022, two high-profile exhibitions were opened at the International Research Center for the Second World War in Maribor (MRC WWII). Assist. Daniel Siter, the author of the exhibits, gave the official introduction into both.

On May 6, 2022, two high-profile exhibitions were opened at the International Research Center for the Second World War in Maribor (MRC WWII). Assist. Daniel Siter, the author of the exhibits, gave the official introduction into both.

In Maribor – Melje area, on the premises of the former Nazi Nazi Prison Camp Stalag XVIII – D (306) for the detention of captured soldiers from the armies of the Allied Coalition and the Soviet Union, two new exhibitions were opened in honor of the Victory Day and the 77th anniversary of the liberation of Maribor from Nazism. The exhibitions were arranged under the auspices of the interinstitutional cooperation agreement between the International University of Alma Mater Europaea ISH and MRC WWII Maribor.

The exhibitions are based on the archival research work carried out in the Bundesarchiv (German Federal Archives) in Ludwigsburg and some other smaller archives. As with any search, collection, review, interpretation and coordination of archival material, Siter remarks, "that this kind of historiographical research also required a lot of research time, perseverance, effort and energy." 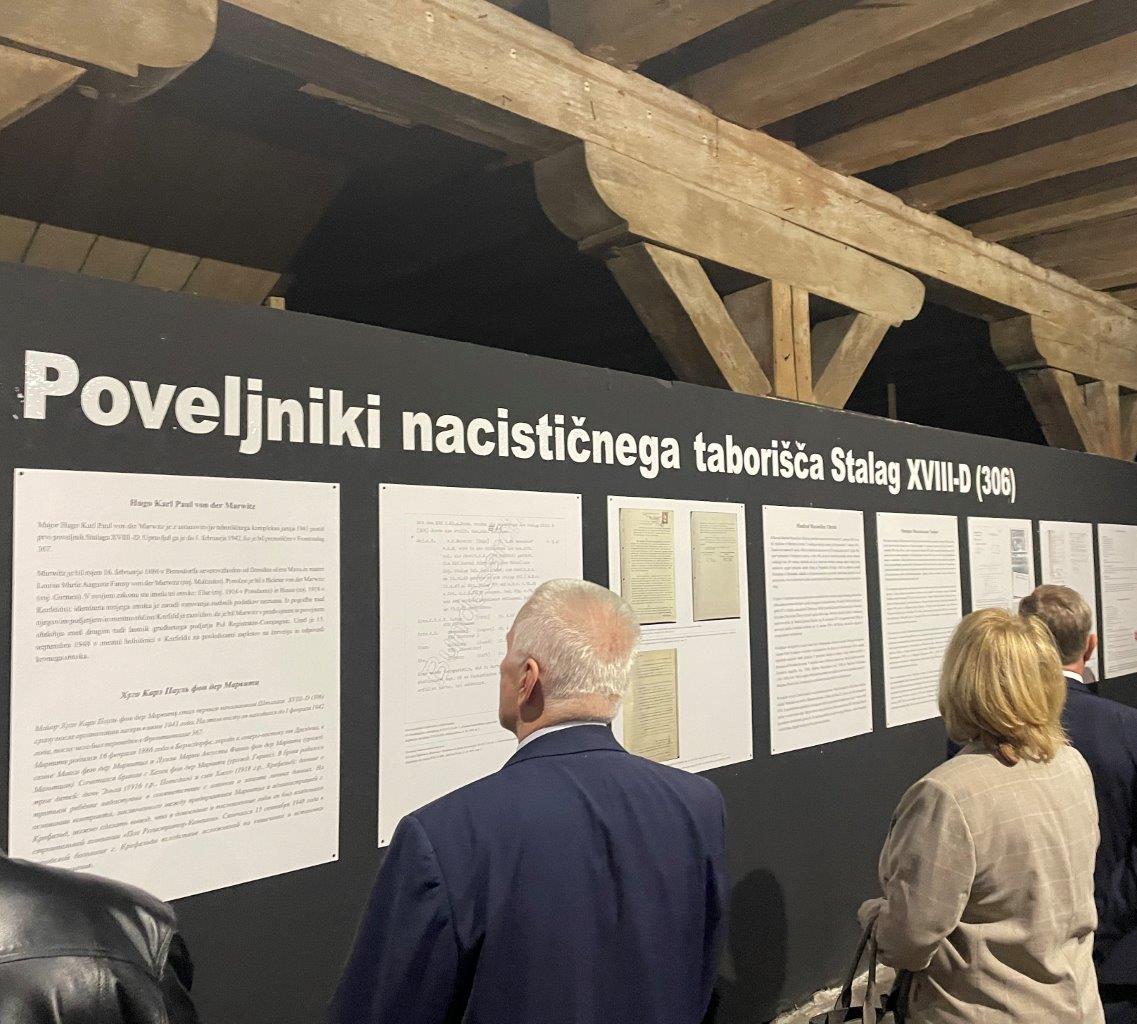 The first exhibition presents biographical outlines of the main commanders of Stalag XVIII – D, while the second focuses on its destructive work. "With the exception of the surname and military rank of one of the commanders, we have so far known practically nothing about the camp command," explains the author. The camp was commanded by three commanders, and the command administration was located in the Narodni dom in the center of Maribor.

Siter notes that "the very first photographs, reproductions of archival documents, death certificates, birth, residence and death records, contracts, basic data from their military careers and family backgrounds and other pictorial material were obtained as part of the research and historical sources on the commanders of Stalag XVIII-D, resulting in creation of the first biographical outlines of the camp command. "

At the end, Siter emphasized that it is very important to “condemn and emphasize historical doctrine and to emphasize and preserve historical memory. It is essential to condemn everything that in some fictional paradigms is called superior, encourages hostile thinking, violence, speech, and thus ideological differentiation.” He then also added that the key is the transfer to younger generations, because "younger generations are those who will, in terms of building a collective historical memory, build further preservation of the memory of such events and such crimes." 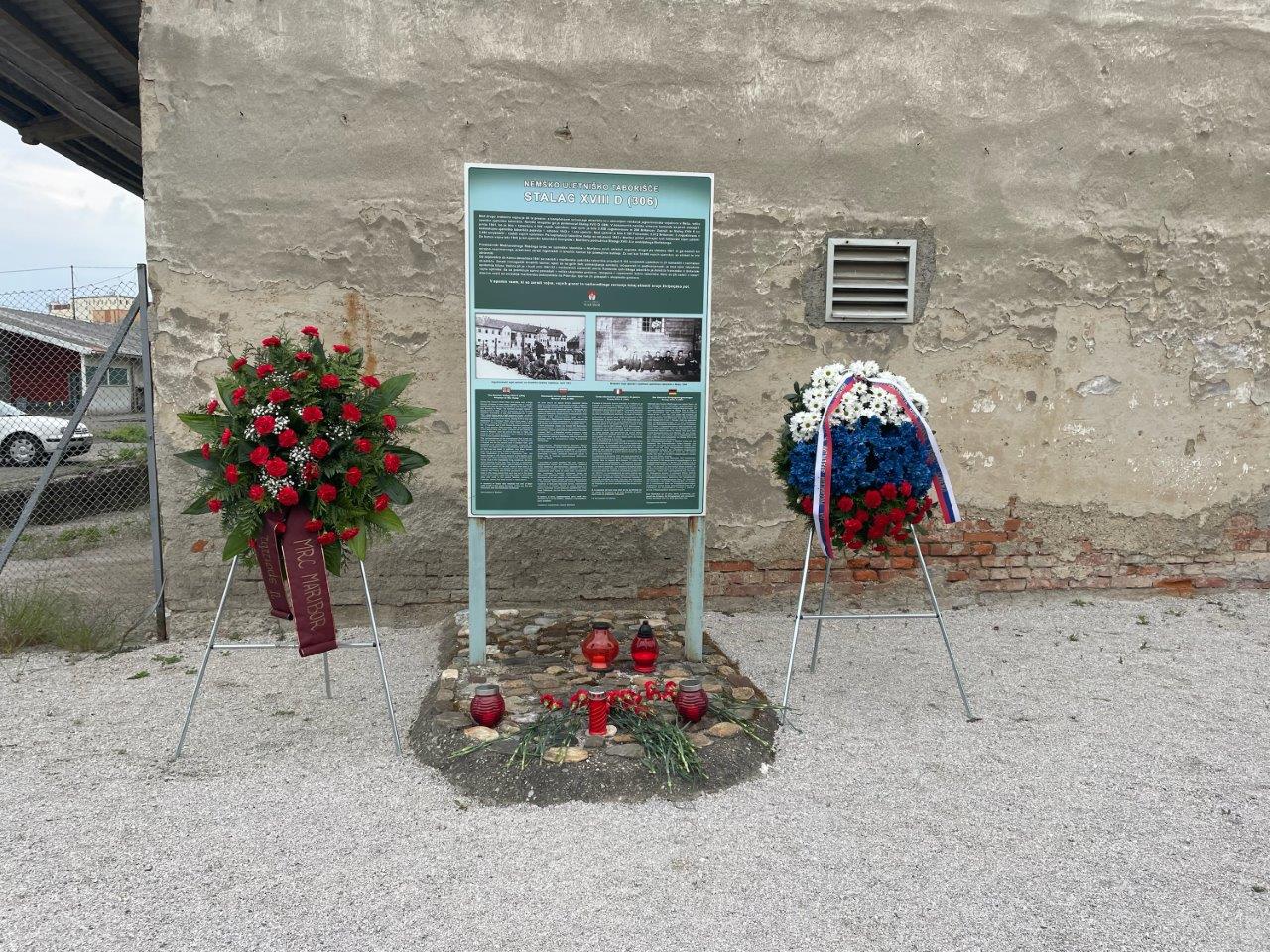 Wreaths and flowers were laid in front of the memorial, and candles were lit. The event was attended by the Deputy Mayor of the Municipality of Maribor Alenka Iskra, President of Alma Mater Europaea prof. dr. Ludvik Toplak, director of MRC WWII Janez Ujčič, several diplomats and many experts in the field of World War II.

Daniel Siter is engaged in research and journalism of contemporary history, primarily during the Second World War in Slovenia, where he studies the military, political and cultural spheres of events. He is the author of exhibitions, scientific articles, professional papers, reviews and lectures, as well as papers at international scientific conferences and symposia. Last November, his resounding scientific monograph Rogaška Slatina under the Nazi Swastika: Health Resort during the Occupation 1941–1945 was published, which attracted a lot of interest, demand, and media attention, and received extremely positive reviews and responses.