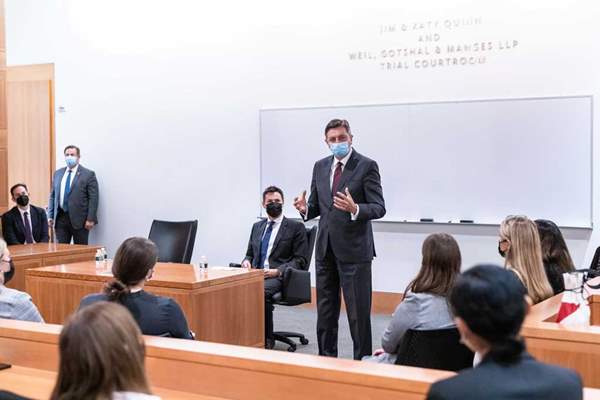 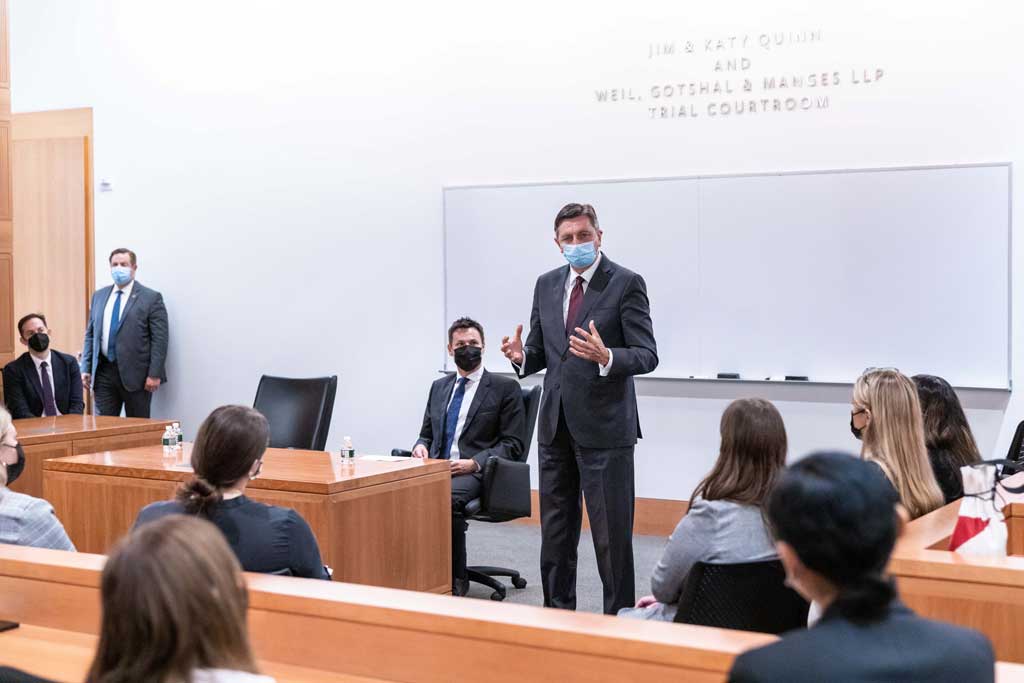 Alma Mater Europaea professor Jurij Toplak, who serves as a visiting professor at the Fordham University School of Law in New York, moderated the talk between the President of Slovenia Borut Pahor and fifty Fordham Law students. The event took place on Wednesday, September 22, in New York.

Alma Mater Europaea professor Jurij Toplak, who serves as a visiting professor at the Fordham University School of Law in New York, moderated the talk between the President of Slovenia Borut Pahor and fifty Fordham Law students. The event took place on Wednesday, September 22, in New York.

President Pahor, who was in New York for the 76th session of the UN General Assembly, and professor Toplak, who also serves as the Director of Alma Mater, spoke with students about democracy, representation, and elections.

The president told the students he believed social networks could be used for good causes and new technologies should be learned about and used for the common good. He emphasised the freedom of expression as an undeniable fundamental freedom. Pahor also discussed referendum as an instrument of democracy, including with respect to Brexit.

He said he had learnt from experience in politics you needed passion, courage and determination to follow your vision as well have the courage to lose, to stand up after a fall and to persevere and people will trust you.

The Fordham Law News published Dean Diller's statement: “It was an honor to have President Pahor with us. His career is so remarkable and President Pahor has played such a pivotal role in bringing a full-fledged flowering of democracy to Slovenia.”

“It was wonderful to meet President Pahor and his advisors, and to host them here at Fordham Law,” said Dean Landau. “We were honored that President Pahor took time out of his busy schedule to join us, and we were captivated by his remarks.” 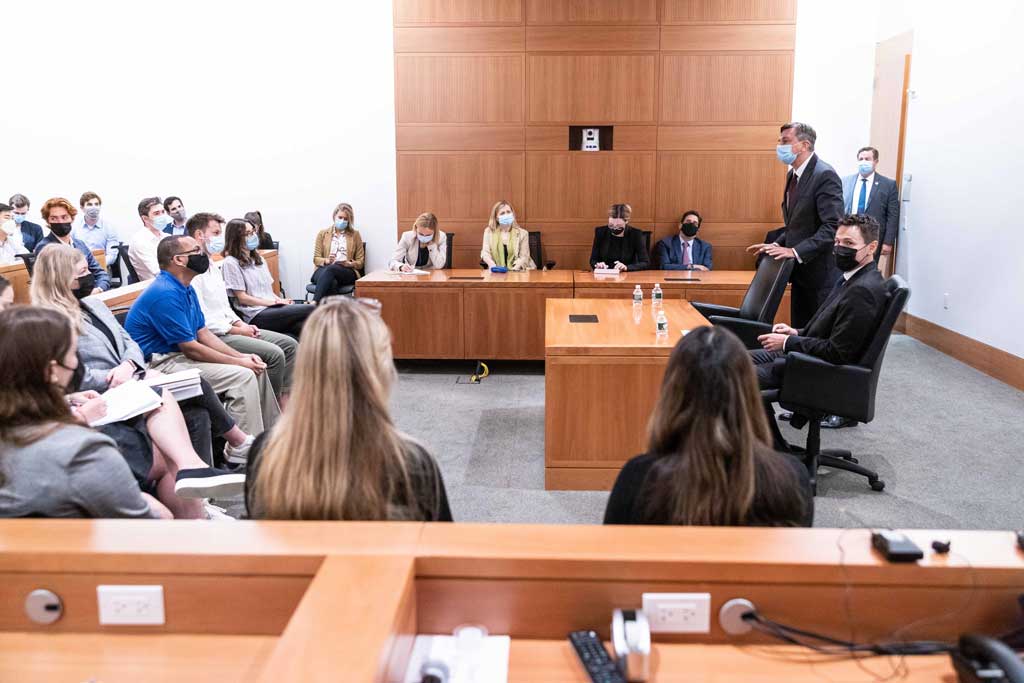 Ian Bollag-Miller, a third year Fordham Law School student said, "It was a tremendously unique opportunity to hear President Pahor speak in such a candid and intimate environment."

President Pahor has had a long and distinguished career in politics, and it was clear that his ability to build consensus has been crucial to his success, said Bollag-Miller. He noticed that Pahor "shared his views candidly, but always with acknowledgement of and respect for those who might disagree with him."

He offered a realistic but optimistic perspective on many of the most pressing contemporary political issues, such as the proliferation of hate speech and its amplification on social media, increasingly intense partisan division, and the importance of direct-democracy tools like national referenda. Bollag-Miller especially appreciated Pahor's genuine interest in engaging with the students and our questions.

"The President had a great quote that I hope everyone heard, 'Have the courage to fail'" said Sean Malone, a second year law student at Fordham.

Matthew Voughan from New York found the event informative and enjoyable. "It was a memorable experience to be able to ask a question and discuss issues with a foreign head of state."

The event was a part of the Comparative Election Law class which is taught by the Alma Mater Europaea professor Jurij Toplak. In this semester-long course students study global and national trends in election law. "It's always fantastic to have the opportunity to connect classroom learning with real-world practice. Today's event helped bring to life many of the election law topics we had been studying in our seminar," said Bollag-Miller.