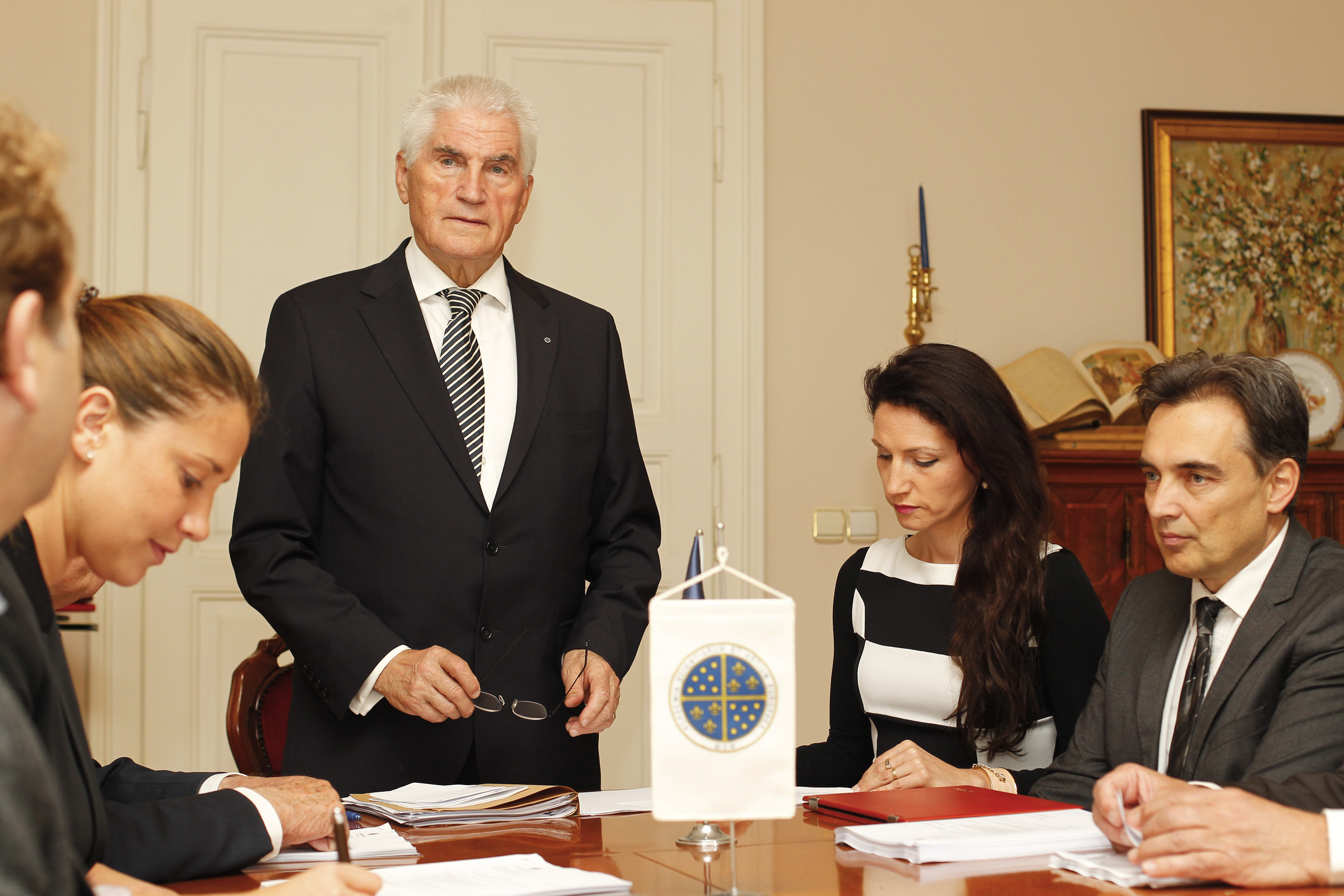 Professor Dr. Ludvik Toplak is an authoritative expert in the field of law and member of the European Academy of Sciences and Arts. He studied law in Ljubljana, Belgrade, Novi Sad, New York, Oslo and Potsdam.

He is the author and co-author of numerous scientific and research articles and publications from the field of civil law, trade law and international trade law, ecology, intellectual property, human rights and especially social market economy.

He worked in economy (1980-1987) and in politics as the president of Dužbenopolitični zbor, the first democratically elected parliament of the Republic of Slovenia (1990-1993). For three mandates prof. Dr. Ludvik Toplak was the rector of the University of Maribor (1993-2002). From 2002-2006 he was the ambassador of the Republic of Slovenia to the Holy See. Today he is the vice-chancellor of Alma Mater Europaea - ECM University (founded by the European Academy of Sciences and Arts) and founder and president of the European Center, Maribor. Prof. Dr. Toplak is member of the European Academy of Sciences and Arts, Rotary International and the Council of Legislation.